My Trip to Darjeeling

March 24, 2010  •  2 Comments
As some of you know from my recent photographs & notes I recently had a short trip to North East India. I visited Darjeeling,Gangtok & Pelling. I also visited Changu lake near to Gangtok. 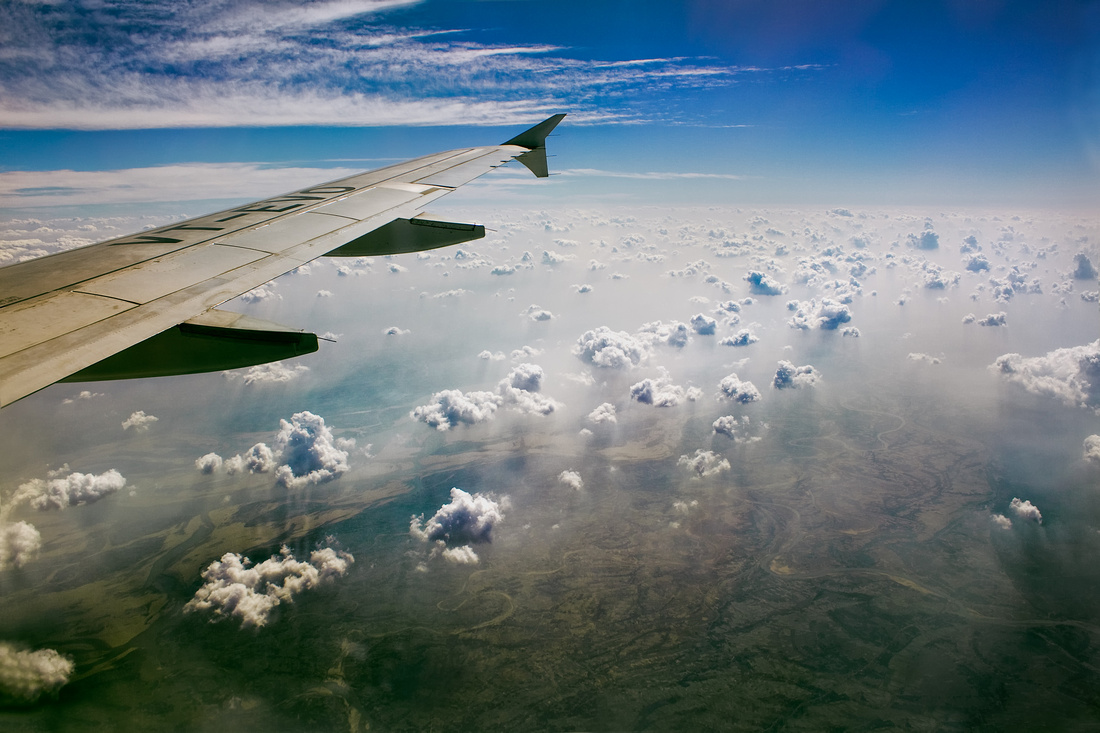 Image 1 :Taken from the flight while traveling from Delhi to Bagdogra.

We started our journey on 26th of February  from Indore. We had a flight of Indian Airlines from Indore to Delhi in the morning & then a connecting flight from Delhi to Bagdogra. From Bagdogra we hired a taxi for Darjeeling & reached there in evening.

Note: Try to hire a taxi on your own from Bagdogra air port since we have observed the pre-paid taxi payer is taking some commission & which may cost you a little more. Similarly  hiring a taxi for local site seeing on without reference of hotel manager may cost you less but sometimes it's unavoidable if they offer you nice service & you want to save time & headache in bargaining with the taxi drivers :)

Darjeeling:
Darjeeling is a town in the Indian state of West Bengal, is internationally famous for its tea industry and the Darjeeling Himalayan Railway, a UNESCO  World Heritage Site. It is the headquarters of Darjeeling district, located in the Mahabharat Range or Lesser Himalaya at an average elevation of 6,710 ft (2,050 m).

We started our site seeing at this place on 27th & 28th of Feb. We visited several place as given below:
1. Peace Pagoda:
The Japanese Peace Pagoda was established by Nipponzan Myohoji, a Japanese Buddhist order. Situated on the slopes of the Jalapahar Hill the pagoda can be reached by foot or on taxi. The pagoda is the highest free structure in the town. It also showcases the four avatars of the Buddha. 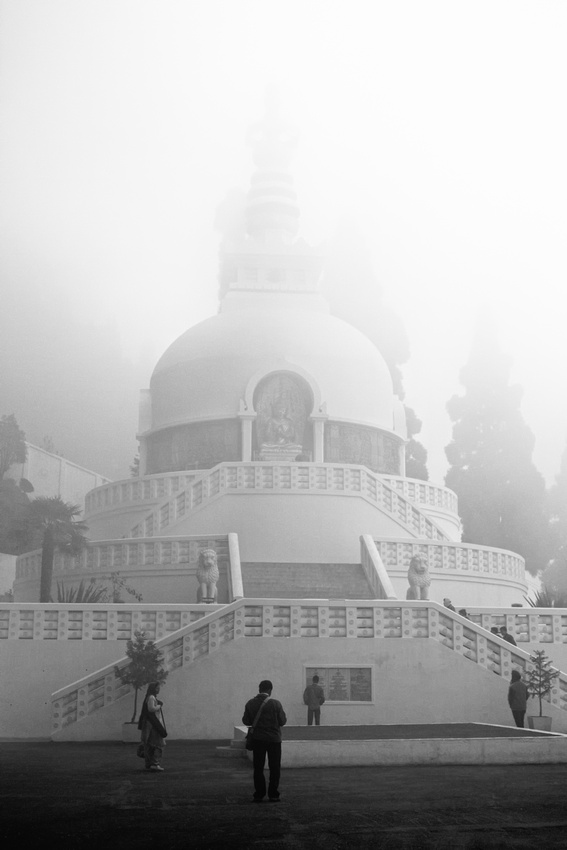 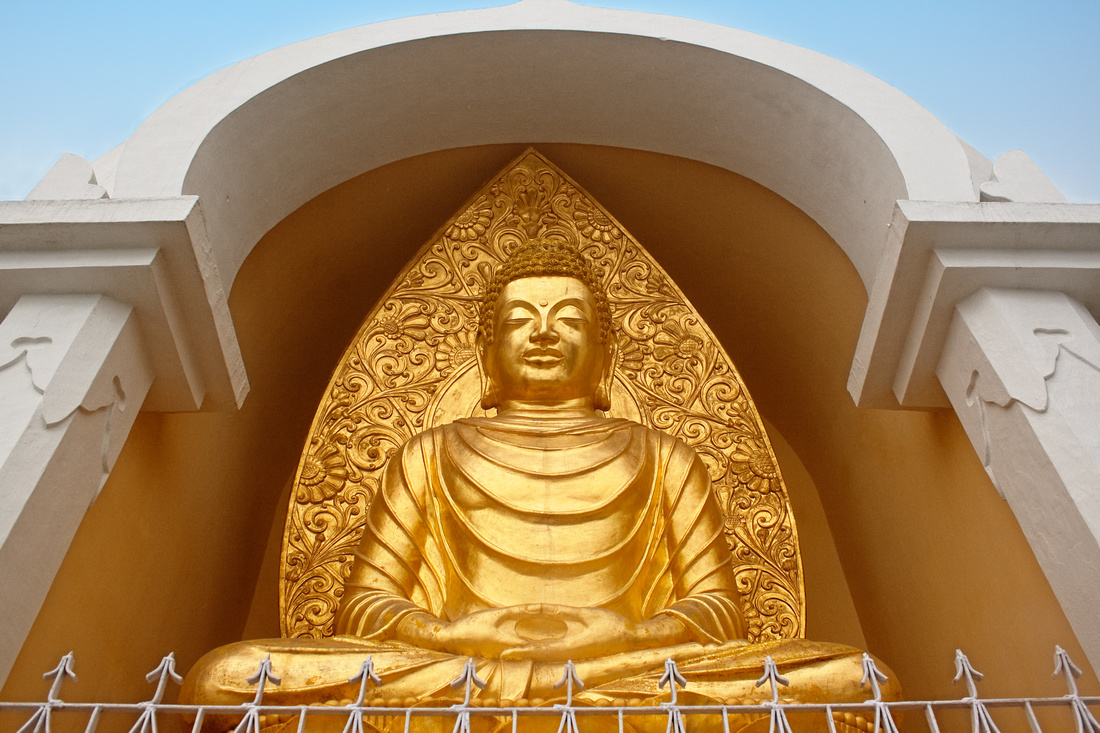 Image 3: A statue of Budhha at Peace Pagoda situated in Darjeeling.
2. Padmaja Naidu Himalayan Zoological Park:
Established on the 14th of August, 1958, the zoo was dedicated to the memory of Padmaja Naidu, former Governor of West Bengal on the 21st November, 1975. Considered as one of the best zoos in the country, it is the only centre that breeds the tibetan wolf in captivity. Breeding programmes for the endangered red panda, snow leopard and the siberian tiger are also carried out at PNHZP. The zoo is open on all days except on Thursdays and other national holidays.
We do enjoyed having a view of cute Red Panda & tibetan wolf here.

Image 4: The red panda is a reddish brown, bushy-tailed mammal the size of a small dog. The red panda shares its name with the giant panda but, unlike the giant panda, the red panda is not a bear. Scientists believe it is more closely related to raccoons and skunks. The red panda lives in temperate forests from Nepal to southwest China. It feeds on bamboo, is a good climber, and spends most of its life in the trees. Due to poaching and habitat loss, it is now endangered. 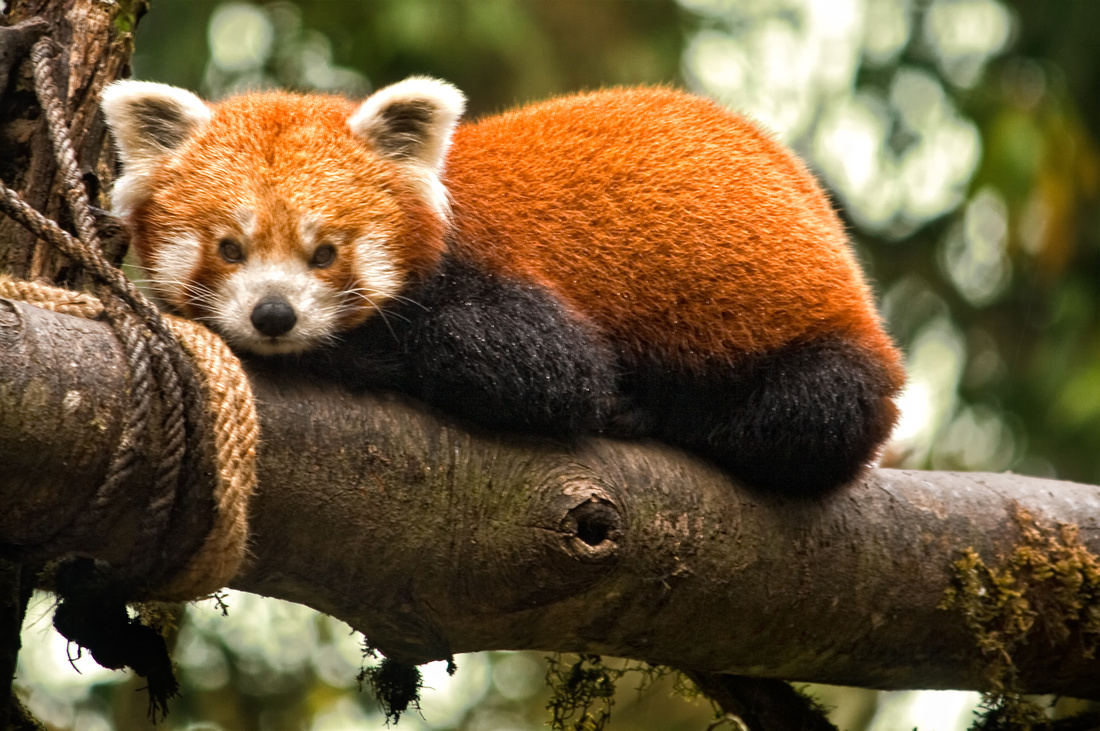 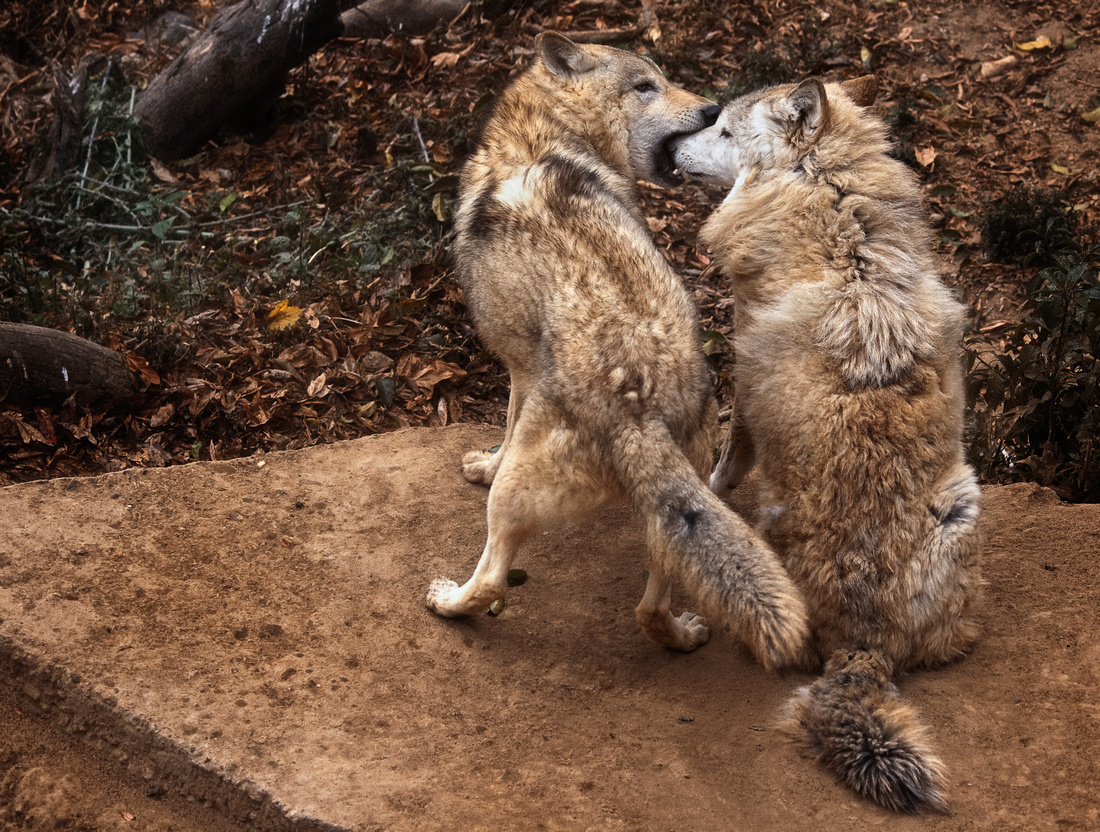 Image 5: Tibetan Wolf is a medium sized wolf with long lightly colored fur. They are found in the cold desert areas, both in open and forested tracts. In some areas, they live close to areas occupied by nomads.

3. Himalayan Mountaineering Institute:
The Himalayan Mountaineering Institute was set up following the successful ascent of the Mount Everest-the highest peak in the world by the local hero Tenzing Norgay Sherpa and Sir EdEdumund Hillary on 28 May 1953. The oldest mountaineering institute in the country carries out various mountaineering courses every year. Apart from Tenzing, legendary mountaineers like Nawang Gombu(the first man to climb Everest twice) and Lattoo Dorjee Sherpa have helped build the reputation of this pioneering institute. The institute is presently under the purview of the Minstry of Defence, Government of India and its museum is worth a visit.
It was really a treat to have look of the gadgets of those brave people & to know about their great episodes from hired guide with us.

4.Tibetan Refugee Self-Help Centre:
After Dalai Lama escaped from Tibet, thousands of Tibetan refugees came to reside in India. Darjeeling too became a home away from home for the Tibetans in exile. To rehabilitate the community a ten-member committee was formed in Darjeeling to organize a rehabilitation centre which was known as "Tibetan Refugee Self-Help Centre". The centre was established on October 1, 1959 and the residents of the centre are today known for their handicrafts. The centre makes excellent carpets, woolen goods, woodwork, etc, which are famous across the globe.

Image 6:  She is a painter from The Tibetan Refugee Self-Help Centre at Darjeeling. I shared some nice moments with her. I asked her about the painted text on windows "Free Tibet" & "Save Tibet". She told me this is about to end the Chinese occupation of Tibet and for the fundamental human rights of Tibetans to be respected. 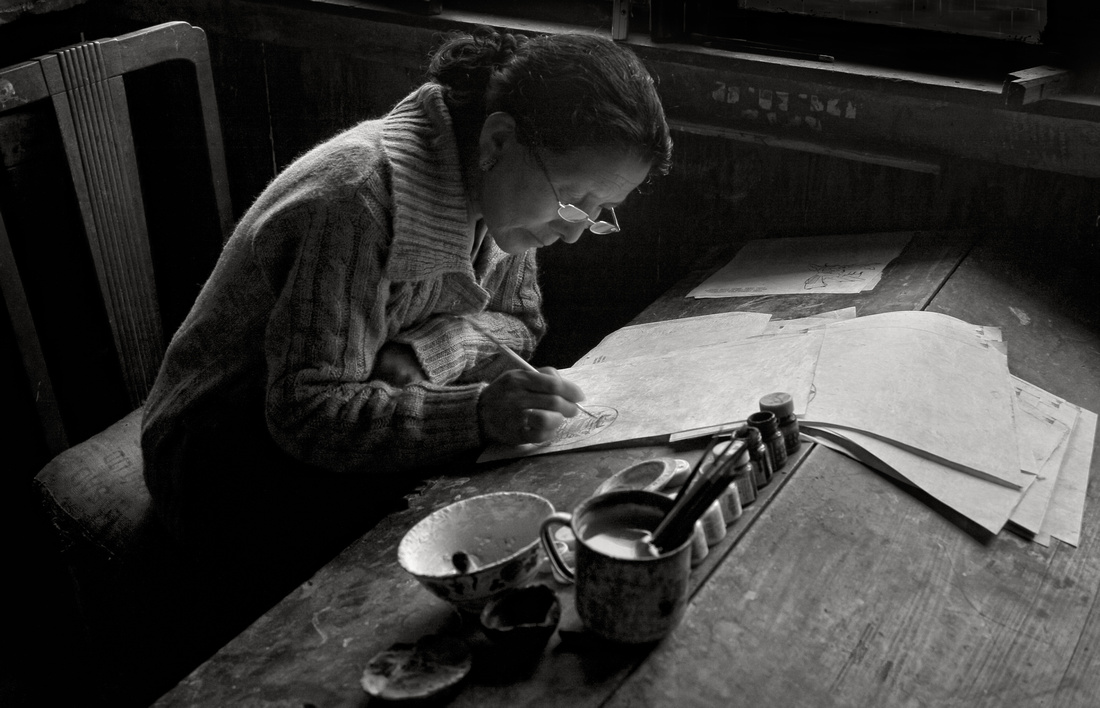 I met here some very senior artist & workers. I had nice conversation with them & some very nice touching moments in my life. I observed the strong desire of independent Tibet in her eyes. 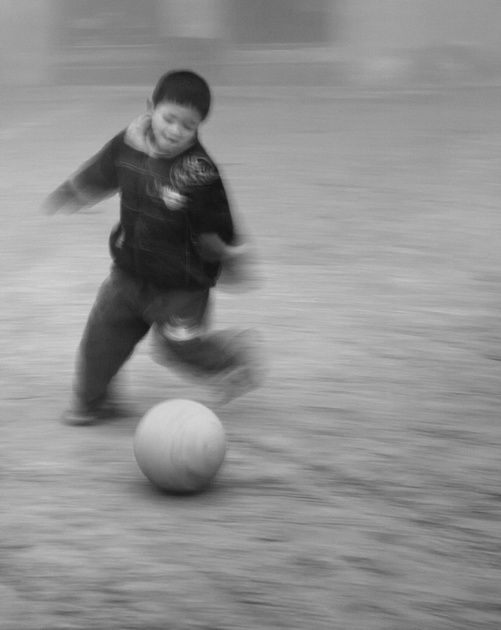 Image 7: He was a enjoying his game in The Tibetan Refugee Self-Help Centre. The image exploring his joy of freedom.

5. Ghoom Monastery:
Built in 1875 by Lama Sherab Gyatso, this ancient monastery is said to have been blessed by the renowned Tomo Geshe Rimpoche of Tibet. The specialty of this monastery is that it contains the statue of the 'Future Coming Buddha' known as Maitreye Buddha. The Monastery has also preserved some of the rare handwritten Buddhist manuscripts. You could visit the monastery on your return journey to Darjeeling from Tiger Hill.
Note: If you don't have keen interest in observing the Monastery in detail,photography then it's better to visit famous places at one or two places. If you have short time then you can save that time to visit other places.

6.Rock Garden:
Situated 10 km from town, Rock Garden and Ganga Maya Park has now developed into a very attractive picnic spot with natural water falls. The park offers boating facilities and is endowed with great scenic beauty. Ample eateries are available for visitors to indulge in local delicacies and one can even buy souvenirs. No fees are charged for taking photographs. Visitors are however, required to make arrangements for transportation. A two way travel arrangement is advisable.
Image 8: Waterfall at Rock Garden 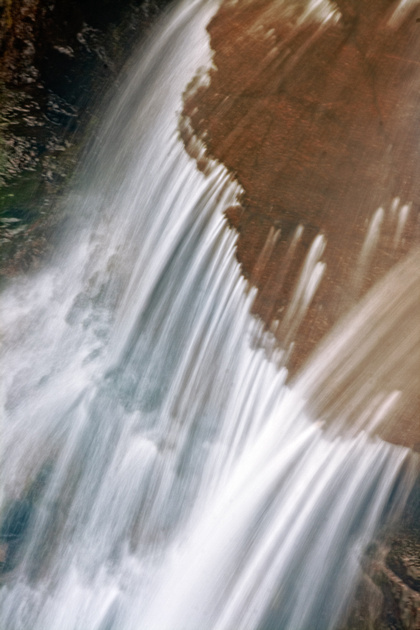 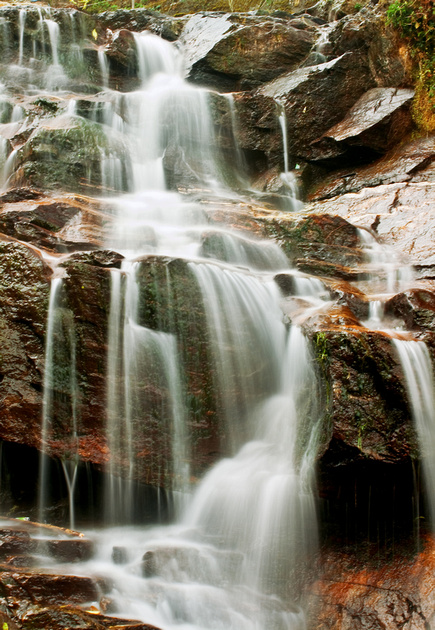 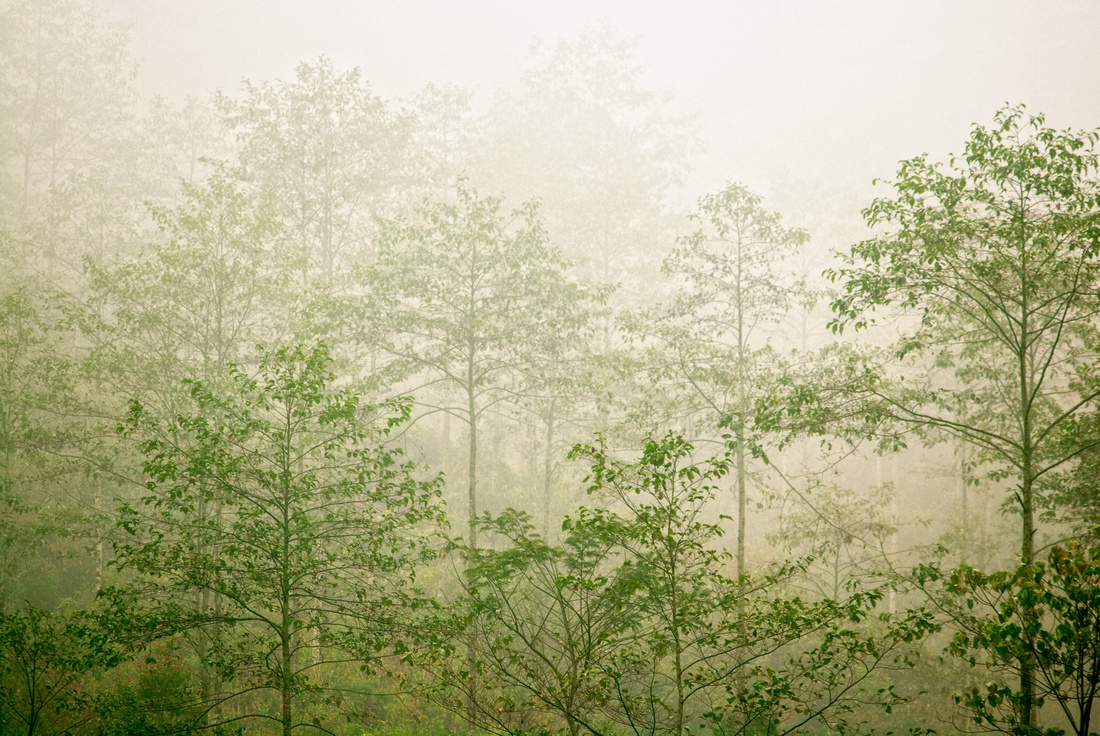 Image 9: The lost trees in the mist at Rock Garden

Note: Some tourist may find all the rock garden at various tourist places as same. Since a normal tourist can't differentiate every waterfall has got different characteristic like how the streams have formed, how the texture,pattern,color of stones is present,the presence of moss on rocks & the importance of falls & flowers with unique viewpoint & surrounding. If this is the not case with you then better to avoid visiting rock garden at every places :)

7.Ava Art Gallery
Situated about 4 km from the Market Square and on the National Highway, Ava.Art Gallery was established in 1965 by the Late. Bhopal Rao Sett and Ava Devi. It is the only Art Gallery of its kind in the Hills. A collection of 60 pieces of art work in water, oil and thread paintings are displayed in the Gallery. Visitors can travel on foot to get to the Gallery or simply hire a taxi. Entrance fees are not charged.
It was nice to see the typical art forms. I was really impressed by the way she had created the textures on the skin by using shades of threads..unbelievable!!
Note: Don't miss this place!

8. Tiger Hill:
Situated at an altitude of 2590 meters (8482 ft.) and 13 kilometers from the town, this spot has earned international fame for the magnificent view of the sunrise over the "Kanchanjunga" and the great eastern Himalayan Mountains. Even Mount Everest, the world's highest peak, is visible from here. The hesitant rays of the early morning sun paint these peaks in pale gold.

Well 28th Feb was not our day actually. We missed the view of sunrise & Kanchanjunga hill due to dense foggy weather. I was too depressed to describe in words :(

Note:
Best time to visit:
1. September to November is ideal for sight seeing and outings.
2.December to January is perfect for those like chilly climate and is best period for honeymooners.
3. February to June is ideal for all tourist activities in Darjeeling.
More Info available at: Darjeeling Time to Visit
9. Toy Train,Batasia Loop and the War Memorial:
The Batasia loop situated almost 5 km away from the town is a gigantic railway loop where the Toy Train makes a 360 Degree turn. It was basically built to make it possible for the Toy Train to cut the deep ascend. Strategically located the Batasia Loop offers a panoramic view of the Kanchanjunga Range.A War Memorial constructed in the memory of the brave sons of the soil who laid down their lives in the different wars since the independence of the nation adds to its attraction. There is also a well furbished market where visitors can buy locally made purses, bags and other decorative items 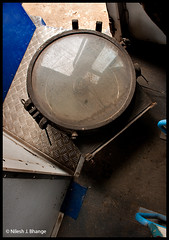 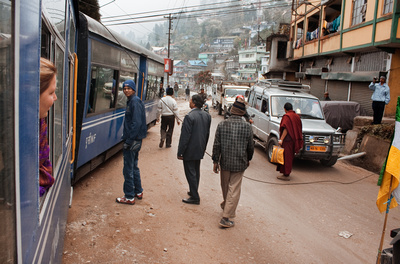 
The experience was so bad that at one place the headlamp of the train was broken due ti an electrical cable the headlight was placed in our coach.Some foreigners didn't got it before I explained to them what it is.I missed to capture their funny expressions when I told them "Guys this is the headlight of our train & it was broken due to cable & we don't know what's going to happen next"

Note:To avoid the unfortunate toy train trip it's nice to have idea about recent trip information from local people. If you are having less stay in Darjeeling then better to avoid this trip & cover other spots like botanical garden etc. 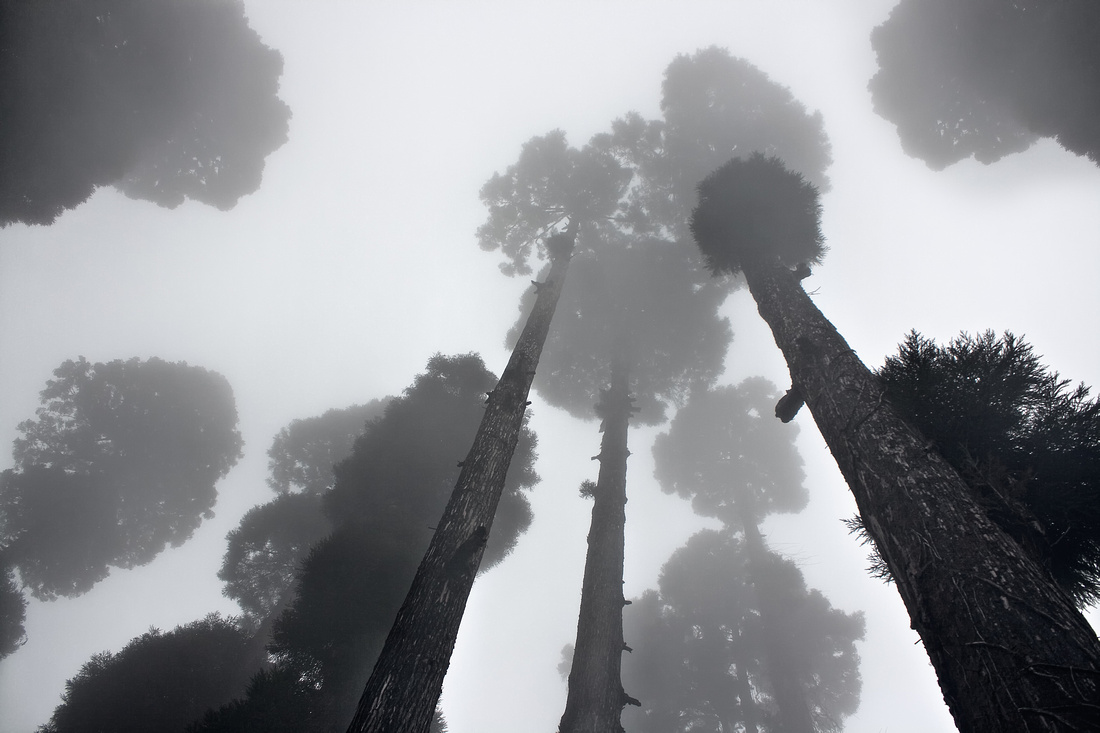 As said 28thb Feb was not our day actually. We started late in Toy train due to some technical problem & the train halted at many points & at last was not able to complete the described route.

We stayed in the Hotel "North Star" which is not on the main road but I really like the very good service provided here & I do recommend a stay here to my friends.

After noon we left to Gangtok. I have taken the spot details from the Darjeeling government site for noting detailed reference of the spots which we have visited.  Hope you like this post good bye & love you all!!
Keywords: blog, Darjeeling, east, experience, images, Indian, information, north, photography, review, techniques, tips, tour, Travel