January 12, 2011  •  Leave a Comment
Dear friends it's my pleasure to share with you that my image "Innocent Eyes" has been nominated in top 12 images in Oakwood's "Trust is.." international photo competition in partnership with Canon.
A panel of expert judges selected 50 images for public voting. Voting  was open from November 16th to December 31st. Visitors to the official 50th Anniversary website were having 6 weeks to vote for their top three favorite representations of what ‘Trust is…’. Through online voting 12 winners have been selected in this competition.This entry has been selected as a winner of the Runner-Up Prizes. I will be awarded with a Canon Powershot camera. This image will be displayed the traveling exhibition of the 12 winners, starting in February. The exhibition will most like move on from the Philippines to Shanghai, Beijing, Tokyo, Mumbai, Jakarta, Seoul…and other cities in the region. along with my profile as an amateur photographer, as well.the Grand Prize winning image will be selected by a committee including Mr. Howard Ruby. Recognized as the International Conservation Photographer of the Year in 2007 by the National Wildlife Association, Ruby’s photos were selected to be displayed in the Smithsonian’s Natural History Museum.

About The Image:
This photograph was taken in my trip to North East part of India. I visited Darjeeling, Gangtok & Pelling in this period. I was amused by the thing the way the younger sibling was having faith & trust with elder one. I found this thing almost everywhere in this region. It was nice experience to see the elder sibling taking care & forwarding hand of insurance towards the junior one.  While moving to Changu lake from Gangtok I found this cute kid near the check post. I like his innocent eyes the assuring hand of his elder sister.
EXIF Data:
DateTaken on           March 2, 2010 at 10.43am IST
Exposure Program   Aperture-priority AE
Lens                          Canon EF-S 18-55mm f/3.5-5.6 IS

About Oakwood Serviced Apartments
Oakwood is a global leader and provider of furnished and serviced apartments. For one need or many, local or around the globe — Oakwood offers flexible, easy-to-use, custom solutions to meet any temporary housing need.

Oakwood celebrates 50 years of being the most trusted name is serviced apartments worldwide in 2010. Oakwood Asia Pacific’s golden anniversary celebration and activities can be found on its 50th anniversary microsite www.oakwoodasia.com/50anniversary. The site will feature a chance to win 50 nights at Oakwood properties located in 11 cities across 7 countries in the Asia Pacific region; amongst other exciting activities to thank Oakwood’s loyal customers for the trust and support received over the years.

Update on 20/01/2011
As per the updates on the Oakwoods photo competition website it seems to me that the final winners are announced. I am being left only as runner up along 11 participants.  Mr.Wong Chi Keung  has been selected for 1st prize winner for his excellent photograph : You can see the results at : Oakwoods Trust is Competition 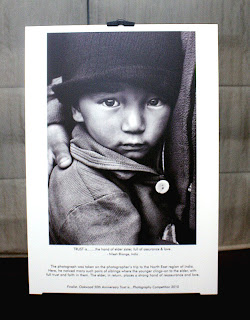 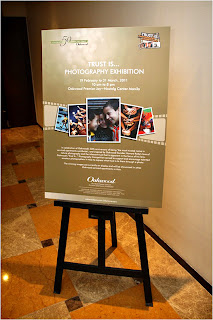 The 12 winning images a showcase exhibition has been started from 18th February that will travel across Asia in selected Oakwood properties and will be produced as a limited edition postcard series by Oakwood, providing a wonderful pictorial display of what “Trust is...”

Well the prize for this contest has been arrived which is canon A3000IS with all accessories. I must admit Oakwood has conducted all the contest & events very well with proper communication with the participants. 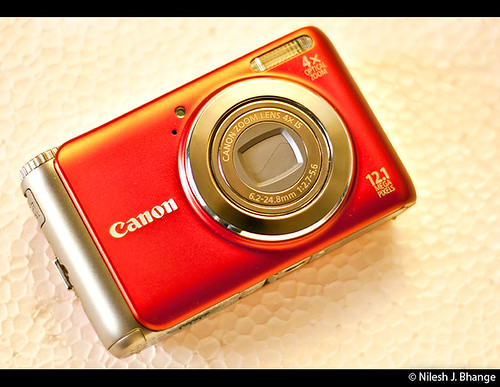