I have been been member of National geographic magazine (NGM) website from 2009. I am uploading my selected photographs regularly under "Your shot". Fortunately enough, my several shots have been selected as NGM editors as favorite  & have been published in Daily Dozen as well as stories under assignments. 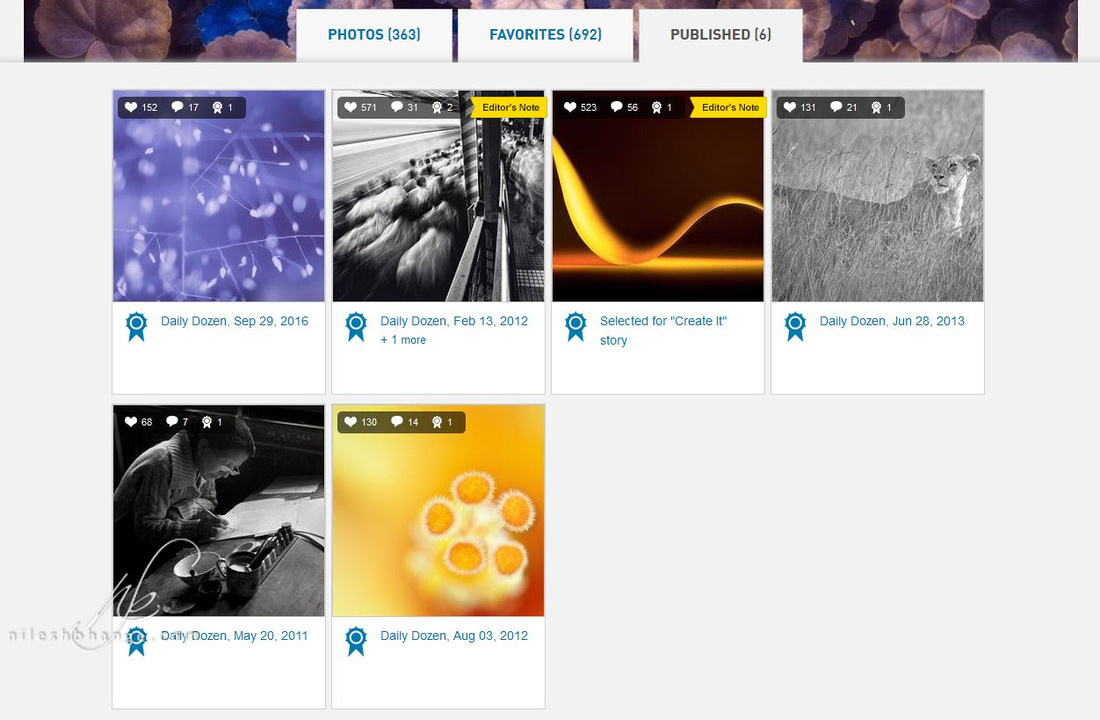 Under Daily Dozen, each weekday NGM editors showcase their top 12 submissions. Members vote on editors favorites, and the winners appear in the Editors' Spotlight and be featured on the @natgeoyourshot Instagram account.

Assignments are not contests. Assignments are designed to mimic the process of being a photographer on assignment for National Geographic magazine. The editor(s) have an idea for a story they want to publish. They give the assignment to a photographer, who then goes out in the field and shoots. The photographer often brings back 10,000-plus images, only a handful of which go into the story. Throughout the experience, the editor and photographer are working together to make sure the images that come back are in line with what the editor has in mind for the story. The final selection that gets published may not include what were technically the best photos, nor the ones that the photographer or other editors liked the most. Rather, they are the ones that the editor decided worked together to best tell the story. Editors make a subjective choice based on a lot of elements, including the technical quality, how an image portrays one aspect of a larger story, and even the layout that’s available on the page.

It came to my surprise that my recent shot "snowfall" was published in National geographic Your shot selection on 29.09.2016. I was surprized because it was relatively very simple shot of an ordinary subject straw in the garden. The shallow depth of field was giving interesting blur effect which I was visualising as snowfall because it appeared as small cute snowballs to me. For giving tint of cold I shifted white balance of the captured image in RAW during post processing.http://yourshot.nationalgeographic.com/daily-dozen/2012-02-13/ 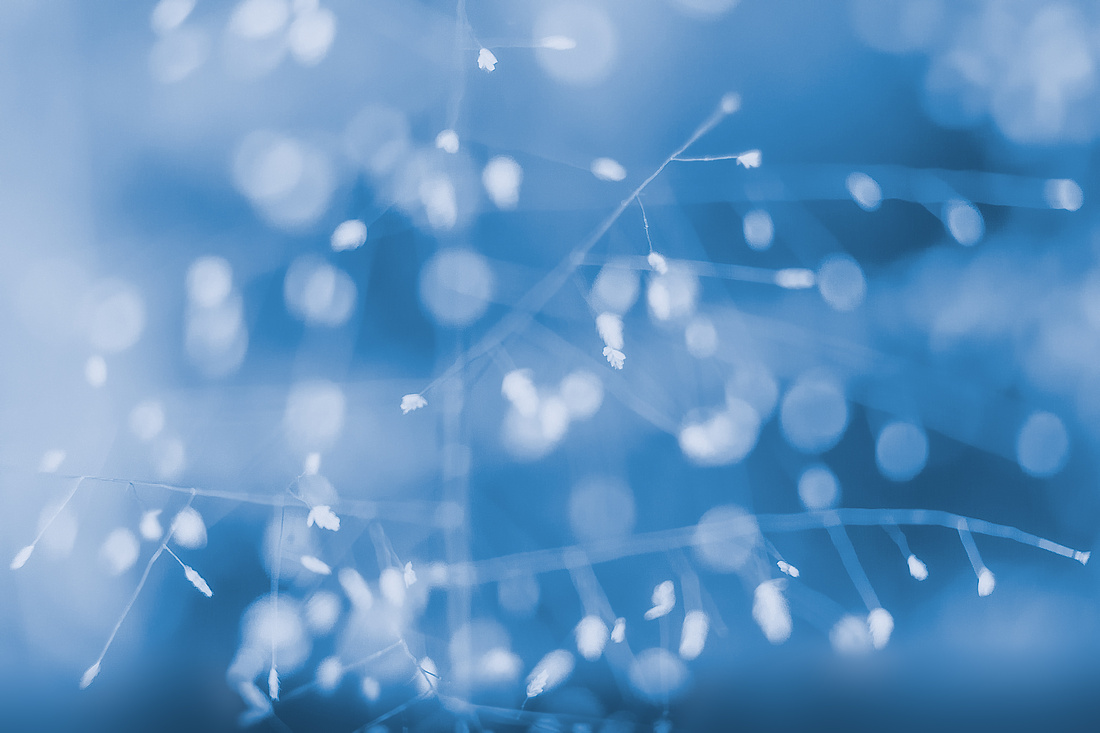 I was so happy to know that my photograph "Rush on Platform" was selected by editor of National Geographic (NG) your shot monthly assignment "Built To Walk". I feel getting noticed a image from more than 10,000 entries is itself a compliment which gets extended by having a editors note & published in the story on NG assignment.
I do participate in Your shot consistently & like to get feedback from all around.Moreover this shot has been earlier published on NG Daily Dozen on Feb13, 2012. Daily Dozen is collection of 12 curated images by the editors of NG from the weekly uploads. This shot was also shortlisted in top 50 images in Sony World Photography Organization 2013 international photo contest.

This image was captured in my Betterphotography Magazines face off contest for better photographer of the year 2012. It was taken on Dadar railway station of Mumbai in morning before office hours elaborating the rush & hurry of people. The local train has became integral part of Mumbai & the peoples lifestyle. 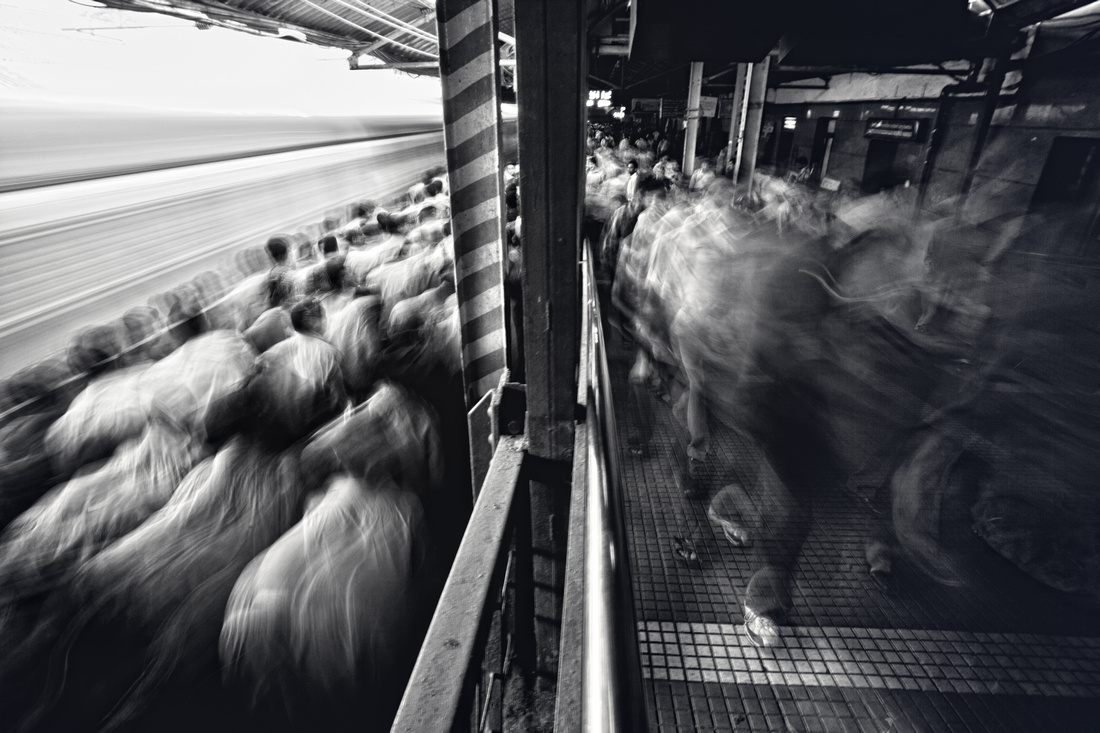 Fabulous. A diptych of human movement. There are so many balanced elements in this image of mass movement (light, space, symmetry) that the whole image is tensed--poised between calm and chaos. Bravo.

I was so happy to know that my photograph "Curves" was selected by editor of NGM your shot monthly assignment "Create It". I feel getting noticed a image out of around 11k entries is itself a compliment which gets extended by having a editors note & published in the story on assignment. I do participate in Your shot consistently & like to get feedback from all around.

I worked on the series of paper abstract quiet a long. This work includes getting closeup of color papers exploring interesting forms & colors. This all work was done using my macro lens. I simply get fascinated while doing this kind of work & can invest my hours while working on it. This image was created by using simple paper curves with a spotlight. The shape gives a feel like lady resting on a beach to me. Although everyone is free to interpret​ there own feelings in abstract photography. 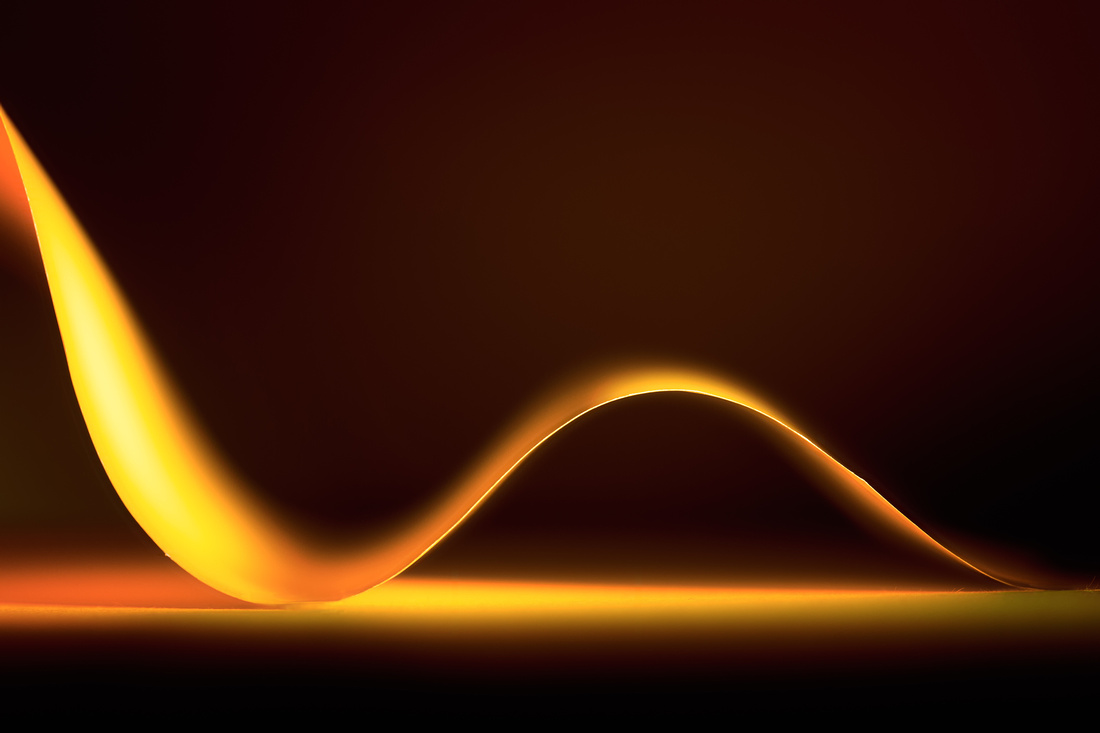 Let there be light! The lines, contrasts, movements, lights, and use of colors. What is there not to like about this picture? The abstract feeling and the minimalistic approach. This picture is so aesthetic and beautiful. - Liz Andersen, guest editor for the Create It assignment

Earlier my image "Sky & Clouds" was picked up by editor with his note on assignment " Nature in Black and white" The image was captured from the corridor of my house presenting a view of sky through the frame. This was giving a illusion as reflection of cloud in a big mirror ? Whereas it is a straight view of sky from my balcony on a cloudy day.

Nice idea of looking at nature from a man made structure. - Peter Essick (National Geographic Photographer)

I hope my images get noticed by the editors in future too :)

Dear friends during online surfing it took to me surprise that my image "painter" was shortlisted in National Geographic Daily Dozon for the 3rd week of May 2011. Unfortunately I didn't got any mail intimating that to me but seeing my image as a part of shortlisted group of images was nice experience. 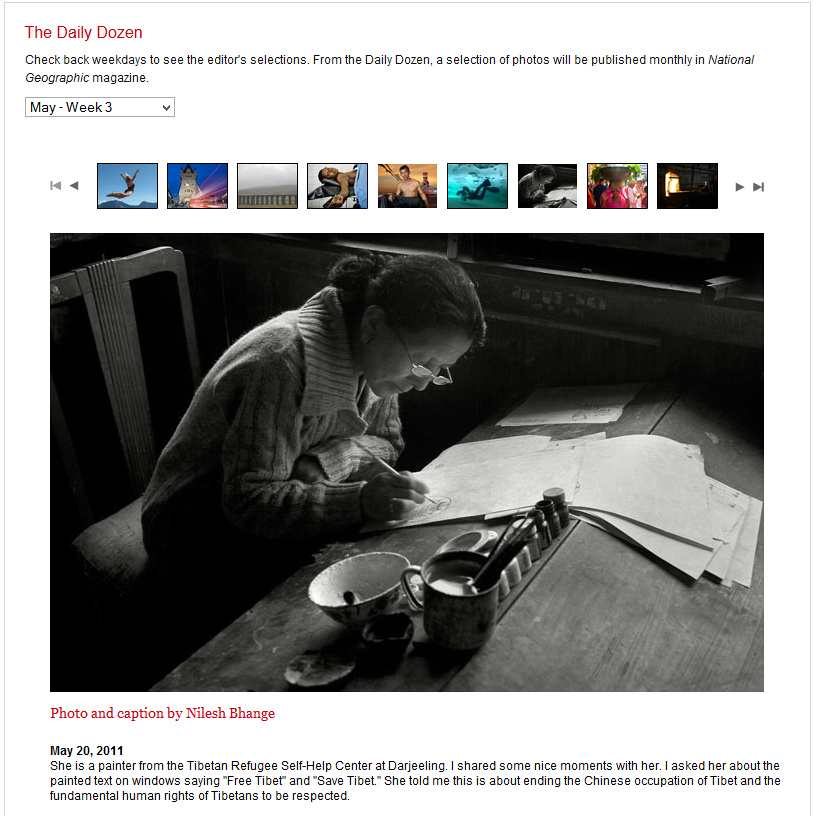 For those who don't know about Daily Dozen NGM from the Daily Dozen, Photographer across the world post their images under the section "Your Shot". Images under these categories were shortlisted for the Daily Dozen. a selection of photos publishes in monthly National Geographic magazine if photograph gets qualified through voting machine.

I am happy to share with all of you that my photograph : "Apartment: Reflection" has been displayed on the home page of National geographic My Shot page on 4/8/2010.

This is my first time to get such an honor on this site. I hope to like repeat such success  in future also.

About The Image:
This shot was taken during photowalk 2010 in Indore near Bombay Hospital. I like the distorted reflection of the building forming in glasses of another building.  Unfortunately from the road I was only able to see a partial reflection. I realised that the view could be better from the upper floor. I requested the watchman of the building to allow me to get a shot from the required point of view. He not only allowed me to do so but also came with me & guided for the location. You can find me with a shadow of that watchman under center blue arch. 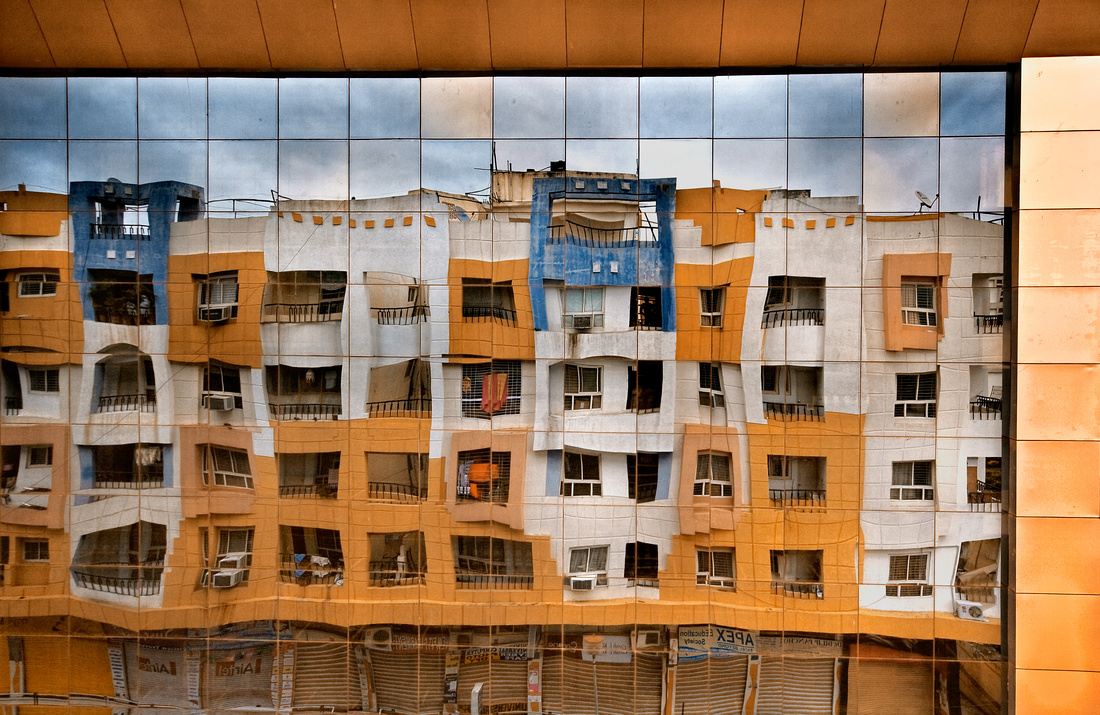 You can find other images taken during this photowalk at “My Photowalk 2010” & other interesting images taken with group members at "Indore Photographers".

This Photograph has been selected in Top 10 images as "Honorable Mention" in Worldwide Photowalk 2010.